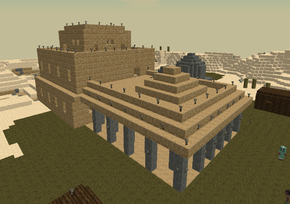 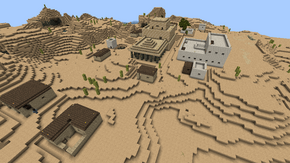 The Mahal is a large building which was added in version 1.2. It is a centered and small village built around the villages mighty palace were the peasants pay tribute to their mighty Raja. It is similar to the Gros Bourg in the fact that it surrounds it self with smaller centered military and agriculture Hindi villages. The Mahal can be spawned by using a summoning wand on a Gold Block.